Did your door knob knock a hole in the wall? Bone Dry Roofing’s Interior division experts can repair that and other drywall issues in a snap. 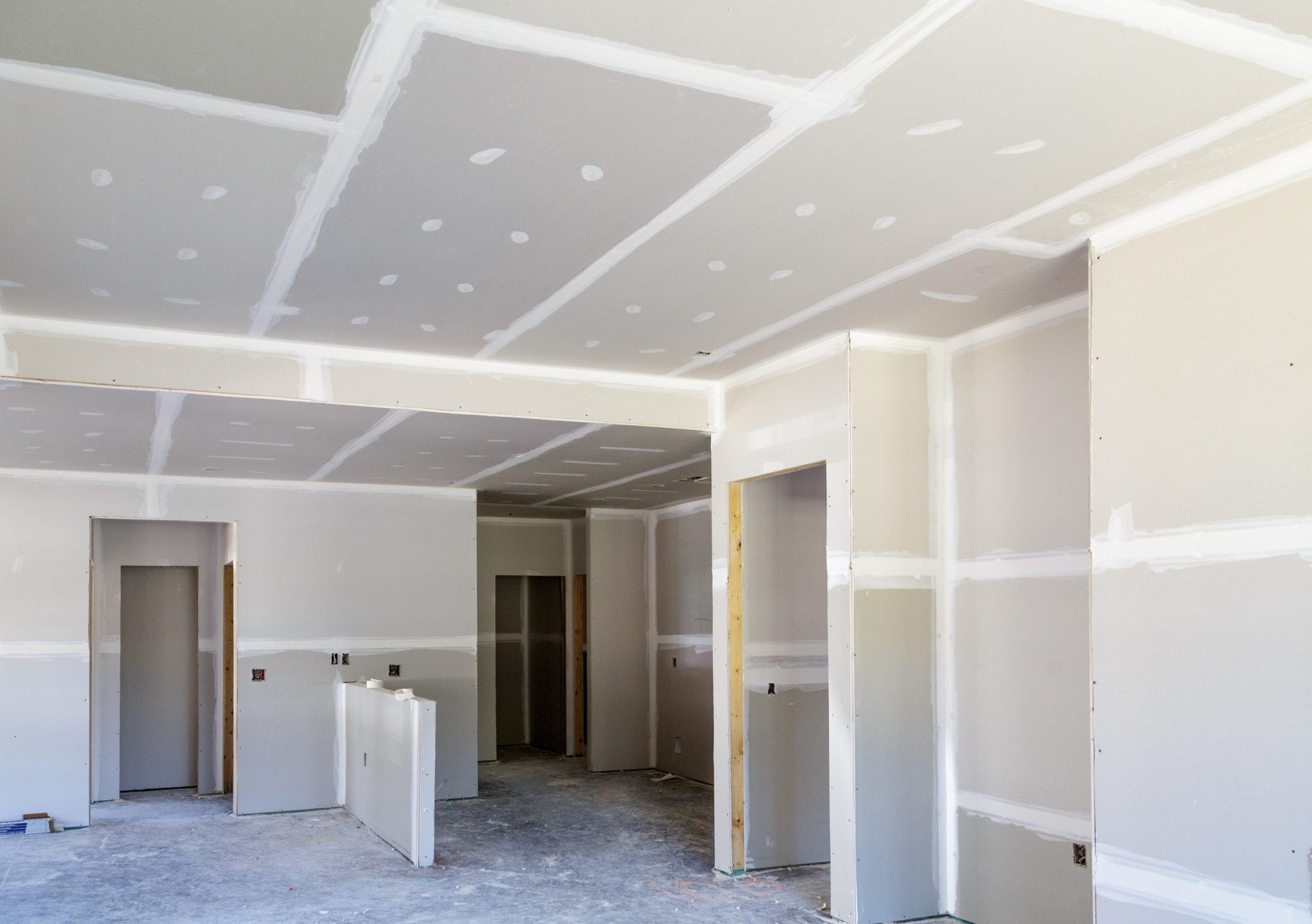 Drywall has been one of the most common finishes for walls since World War II. Its smooth appearance and general versatility make it the go-to option for many homeowners. However, installing drywall as an untrained professional can be a very time consuming and even difficult process.

Drywall installation requires careful measurements and a wide selection of tools and gear ranging from face masks to drills and saws. It is far too easy to make a small mistake and ruin the appearance of a section requiring you to either start that part over or live with the deformity. The easier and more effective option is to have a team of well-trained professionals do your drywall installation for you.

Bone Dry Roofing has just such an expert team. We know just how to carefully install your drywall to avoid any complication and can also provide the retexturing that will allow your drywall to be more than just a boring sheet. We also offer comprehensive drywall repair.

Drywall is often thought of as a boring building material. A simplistic and necessary piece of many homes that always has a flat generic texture. Those who know about the many retexturing methods available with a good drywall company might not be so quick to dismiss it.

There are 7 main types of drywall texturing. These are:

Perhaps the most well-known texture. This style was popular between 1960 and 1980 and is known to be very good at hiding imperfect walls as well as dampening sound. However, it has fallen out of popularity lately and can collect dust.

Another relatively simple retexture. Like popcorn, this technique is good at hiding imperfections. Its name is due to its resemblance to a dimpled orange peel.

The fancier cousin of the orange peel which is actually applied much the same way. The main difference comes at the end where a finishing knife is run over the bumps to partially smooth them. This causes it to resemble stucco but with dimples.

Despite similarities to knockdown, the method of application is very different and very hard for a non-professional.This drywall texture is applied by hand with a knife and mud is applied in layers. This leaves small round circles on a smooth surface.

Another skill intensive method. This method often requires a two-man team and creates a drywall texture made up of varying lines, often in a rainbow shape. One major advantage is that the technique can be customized around a variety of shapes.

This technique is another complicated piece involving a two-man team. Using a bristle brush the technicians create an arched and loose rounded pattern.

A broad drywall texturing technique based upon using brushes to apply texture. Sometimes this is also called “crow’s feet” or “rosebud.” The exact result can vary based on brush technique, but generally it creates a slightly wrinkled texture.

Do you already have drywall installed but it’s showing signs of damage? Our team is just what you need to make your drywall look as good as new. We’re well versed in a variety of drywall repair techniques including:

Plus, after your drywall is repaired, our team can texturize and paint it. It’ll be good as new, like no damage occurred!

Get an estimate on your drywall project today

If you need drywall installed, textured, or repaired then look no farther than Bone Dry Roofing’s Interior team. We’ll make your job easy. Don’t waste time and effort on trying to install your own drywall but rather have an experienced team of professionals do the task to your specifications and vision.

Plus, take your completed drywall repair the final step with quality interior painting! Our drywall team repaired your wall or ceiling to be as good as new, now finish the job with paint – it’ll be as though no damage was there at all!